8 Chinese Dishes You Should Know About

8 Chinese Dishes You Should Know About

One of the most common things we hear from people we send out to China is how varied (and delicious) the food is. Contrary to what we’re led to believe at home, it isn’t all sweet and sour chicken, prawn crackers and fortune cookies. In fact, most Chinese people won’t even have heard of these western-Chinese dishes, created especially to suit the western pallet. The deep-fried meat and sugary sauces that feature heavily in western Chinese dishes lead many to believe it’s all unhealthy. But in actual fact, the fresh ingredients, varied flavours, and abundance of vegetables make it one of the healthiest around. Before you write Chinese food off entirely, check out our 8 favourite Chinese dishes you’ve probably never heard (and should definitely try).

A trip to China wouldn’t be complete without trying the revered 火(huǒ)锅(guō), aka ‘hot pot’. Thought to originate from Eastern China, this dish has swept the nation with its health benefits and is today commonly eaten across the country. While the English translation conjures up images of a warming winter casserole, it’s very different to any dish we know as ‘hot pot’. A bubbling pot of flavoured soup is placed on a hotplate in the middle of the table, and surrounded by dishes of various raw vegetables, meat, dumplings, tofu and seafood. Diners dig in by choosing what they want and cooking it in the broth. It’s an extremely sociable, fun and popular way to eat, and it certainly makes a change from our regular way of dining.

Regional variations can be found across the country and are a must-try for any visitor to China! 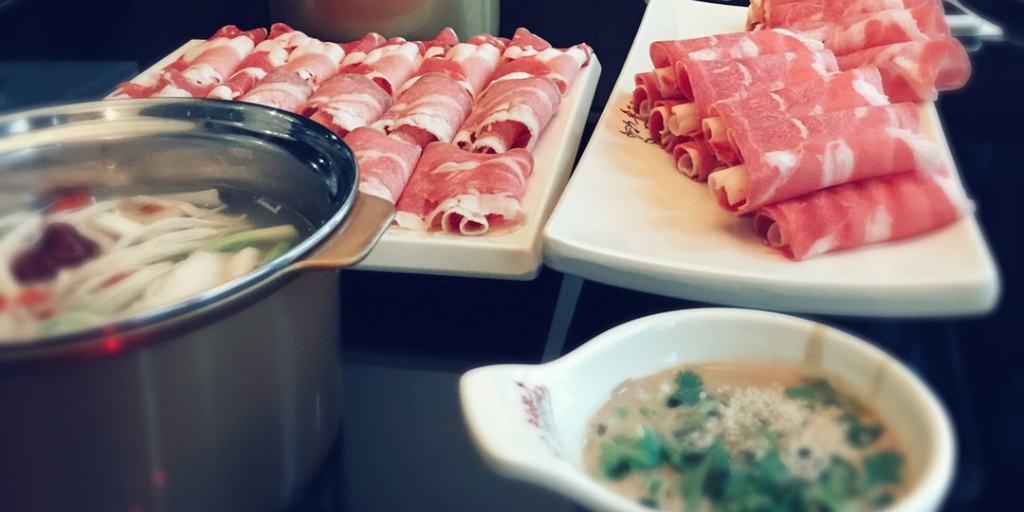 You’re sure to have heard of the famously spicy Sichuan cuisine, but how many of its dishes can you name? If you don’t know, or haven’t tried, Dan Dan Noodles it’s about time you do. 担(dàn)担(dàn)面(miàn), as it’s known in China, is a spicy noodle dish made from preserved vegetables, chili oil, Sichuan pepper, minced pork, and scallions, that originates from the southwestern Sichuan Province. The dish, which literally translates as “noodles carried on a pole”, got its name from the local street vendors who used to carry a 担(dān)担(dān) (a type of pole) to serve these smoky flavoured noodles to passers-by. Today, the dish remains one of the most popular Sichuan street food dishes, though it’s no longer served from a pole. 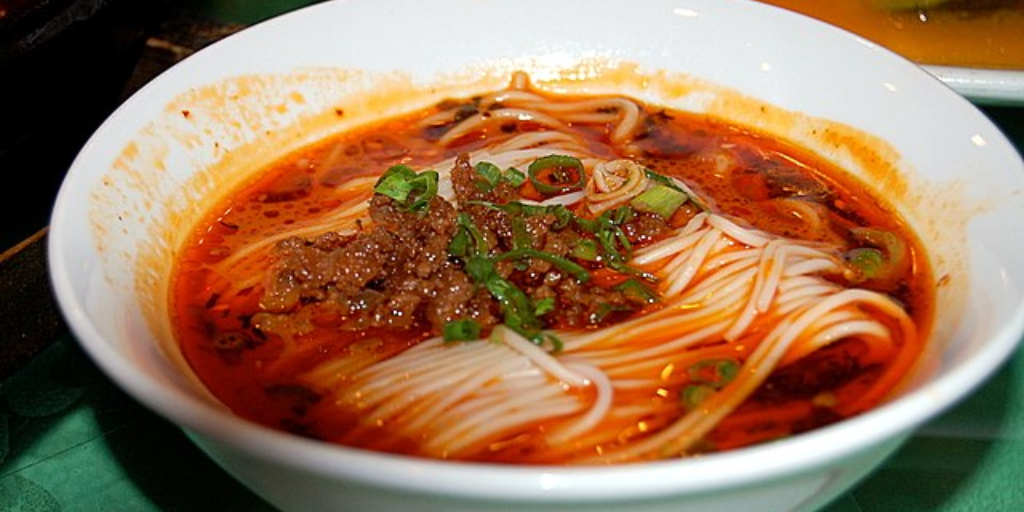 This chicken stew, known as 大(dà)盘(pán)鸡(jī) looks more like something you’d expect to find in Turkey in China, but it’s an authentic and extremely popular dish originating from the north west of the country. Typically eaten in Xinjiang, this is a type of spicy chicken stew that’s cooked with various spices and served with chunks of potato and vegetables. The rich flavour of this hearty meal has helped make it a popular dish across the country that can be found in Xinjiang style restaurants.

Okay, we admit not all Chinese food is healthy. But we all need to treat ourselves once in a while, and what better way to do it then with a Chinese hamburger? China might not be the first place that springs to mind when you think burger but believe it or not this delicious snack has been around far longer than the traditional American hamburger popular in the west. Originating from Shaanxi Province, the 肉(ròu)夹(jiá)馍(mó) has been around since the Qin Dynasty in approx. 207 BC and is made from meat (usually pork) that’s stewed for hours in a broth of various spices before being stuffed inside a flat doughy bun made of nothing more than flour, water and yeast. Try a ròujiámó once, and you’ll wish you’d known about it sooner! 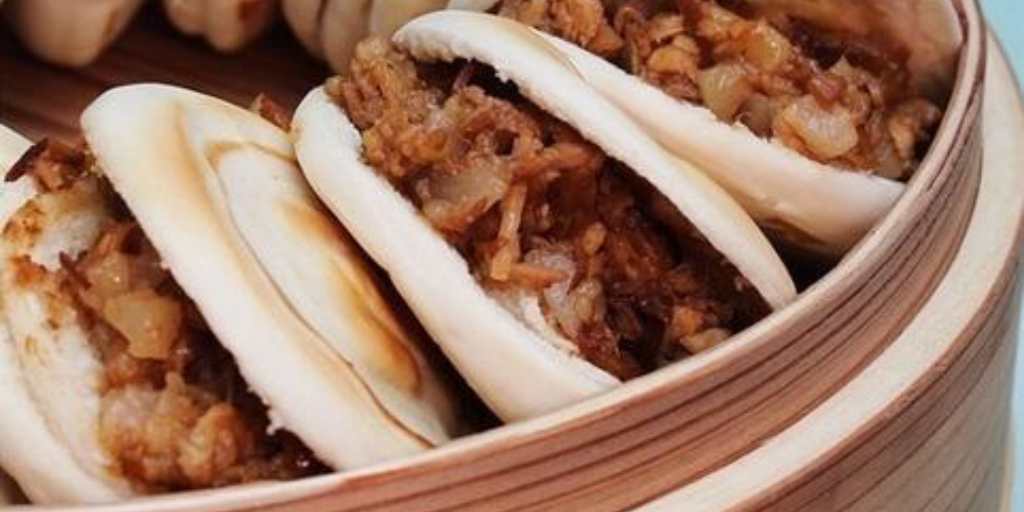 This is one for all the vegetarians out there! It might sound (and look) strange but trust us; this simple, yet effective dish somehow works. Well-seasoned scrambled eggs are added at the last moment to a sweet tomato sauce and served with a mound of steamed white rice to form a healthy and nutritious meal. Variations of the dish can be found in the form of noodle soups, and stir-fried noodles with the tasty mixture piled on top. It’s an extremely popular dish that appears on menus across the country, and it’s one you can count on coming without any kind of meat! 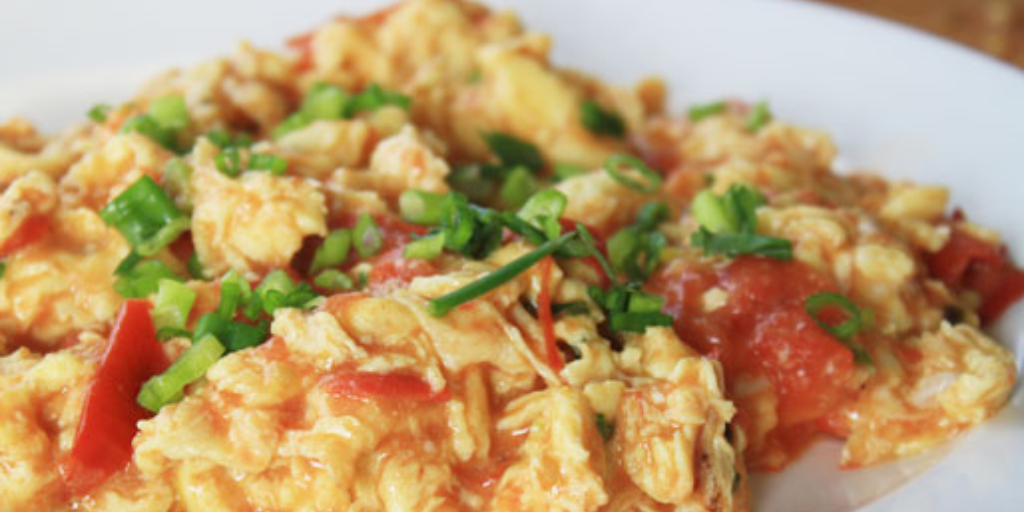 When you hear the word dumpling, do you think of fluffy steamed buns? A steamy bowl of wontons? Or a plate of boiled jiaozi? These are just three of the many variations of dumplings found across China that the general term ‘dumpling’ can’t even begin to describe. Rather than boring you with the difference between a 饺(jiǎo)子(zi) and a 包(bāo)子(zi), we’ve chosen a delicious dumpling you’ve probably never heard of, let alone tried; the 汤(tāng)包(bāo) (soup dumpling). Commonly found at street food stalls in tourist hotspots, tāngbāo are made from a thick wrapper filled with pork and meat stock soup and served in a small container with a straw. You start by drinking the soup through the straw and then get stuck into the bun. It’s slightly trickier to eat than other variations, but it’s totally worth it! 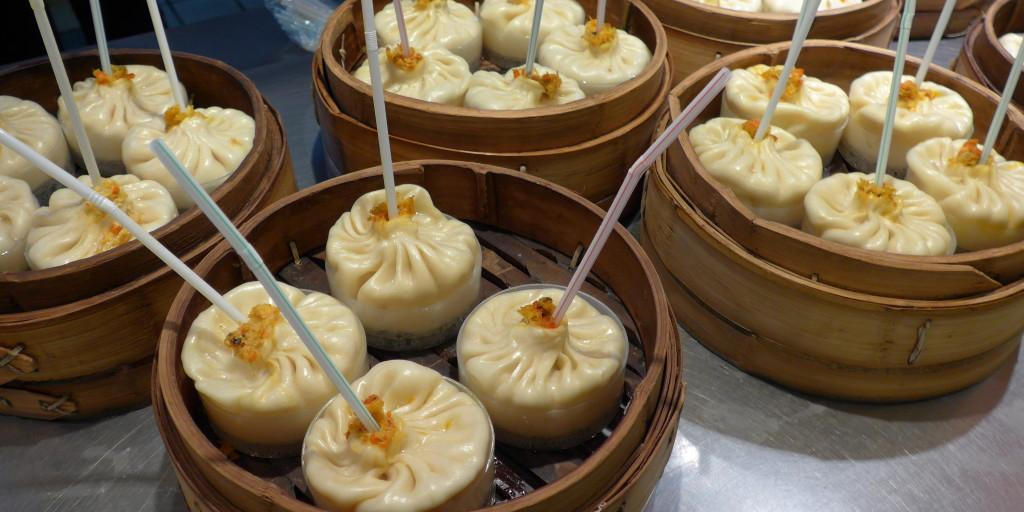 Another Shaanxi Province dish you’ve got to try is Biang Biang Noodles, or Biang Biang Mian. Traditionally eaten by poor people in the countryside, the dish is made from handmade noodles that are served with a mound of hot peppers, chili oil, and green vegetables. It’s made from noodles so thick they look more like sheets of lasagne than a noodle and are so long it’s almost impossible to find the end. Today, the dish can be found all over the country, and is famously known as using the single most complicated character in the Chinese language; Biang.

If you recognise ‘Kung Pao Chicken’ from your local takeaway menu, you might be wondering what it’s doing on our list. Though it’s a popular westernised Chinese dish, the Kung Pao you taste at home will have nothing on the real deal. Known in China as 宫(gōng)保(bǎo)鸡(jī)丁(dīng), this Sichuan dish is known for its mouth-numbing peppercorns that mixed with a generous helping of chili peppers and a sweet and tangy sauce that’s combined with small cubes of chicken, vegetables and peanuts. It’s extremely popular among both locals and expats, who will back us up when we say that you haven’t had a good Kung Pao Chicken until you’ve been to China.

If you’re a vegetarian, or you prefer seafood you’ll be pleased to know you won’t miss out! The dish is commonly available with tofu or shrimp instead of chicken. 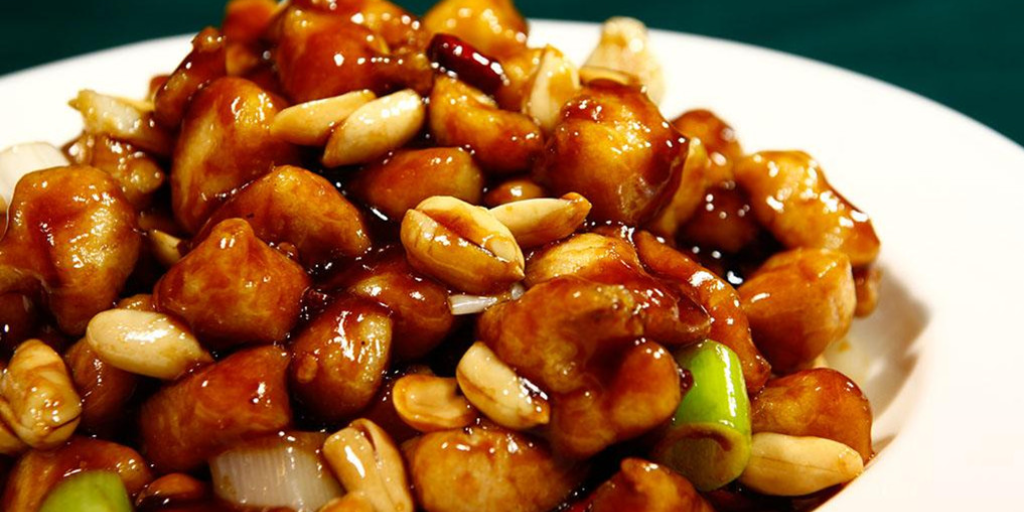 These are just some of the hundreds of tasty dishes you’ll find across China that will soon change any impression you once had of Chinese cuisine. If you’re a vegetarian,you might be wondering how you’ll get by. It’s not as hard as you might think; find out what we recommend as the top 9 vegetarian Chinese dishes.