5 Reasons Mandarin Isn’t As Hard As You Think

5 Reasons Mandarin Isn’t As Hard As You Think

Widely regarded as one of the world’s toughest languages to learn, Mandarin is considered by many as impossible. Anyone who’s learnt this notoriously difficult language is bound to be met with gasps of surprise and admiration when speaking of their accomplishment. Though, what many don’t realise is that Mandarin isn’t as hard as you think. That’s not to say it’s not a great achievement – like any language, learning Chinese takes hard work and determination. However, contrary to popular belief, it’s easier than you might think to master Mandarin.

Not convinced? Take a look at our 5 reasons why Mandarin isn’t as hard as you think:

Mandarin boasts a far simpler grammar system than its European language counterparts. It should come as a relief to anyone who’s tried to wrap their head around the complex German word order, illogical French noun genders, or mind-boggling Spanish verb conjugations, to hear that none of these complexities exist in Mandarin. In fact, grammar should be the least of your worries and is one of the main arguments to support the claim that Mandarin isn’t as hard as you think.

The use of verbs in Mandarin Chinese is extremely straightforward; unlike European languages, which require you to memorise various conjugations for each person, Chinese verbs remain the same no matter the subject of the sentence. Take for example the verb to be 是(shì):

Here you can see that no matter the subject of the sentence, the verb to be (是(shì)) remains the same. This makes it far easier to learn new verbs, since you only need to remember it in one form.

Similarly, Chinese verbs do not change form depending on tense. Different tenses are indicated through the use of time phrases or specific characters that signal when the action takes place. The below example shows the use of the verb ‘to go’ (去(qù)) in present, past and future tenses.

You can see here that the time phrases change, while the verb stays exactly the same in all three sentences. This makes it easier to learn different tenses at a faster rate than perhaps possible with European languages.

Chinese word order generally follows the pattern of Subject + Time + Verb + Object, making it relatively straightforward for English speakers to pick up. Once you’ve got to grips with this word order, you should have little difficulty in forming sentences with new words.

Another key grammatical advantage Chinese has over many other languages is the absence of plural forms and genders. Unlike European languages, Mandarin nouns do not change depending on whether or not the speaker is referring to a noun in plural or singular form, removing another level of difficulty;

If you’ve ever studied a Romance or Germanic language, you’ve probably had trouble with memorising noun genders. Thankfully, this is another difficulty learners of Chinese do not face. This is in part due to the fact that Mandarin does not use the definite or indefinite articles ‘the, a, or an.’ Instead, numbers and the word ‘some’ specify the speaker’s meaning. 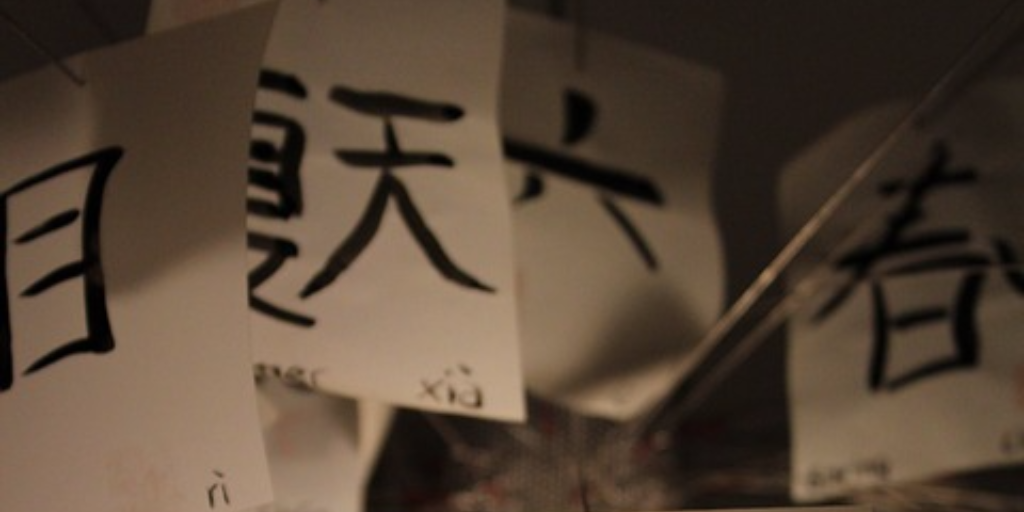 With over 50,000 Chinese characters in existence, it’s understandable that many consider Mandarin an impossibly difficult language to learn. The good news is however, the official literacy rate in China is 2,000 characters, and to read a newspaper requires 2-3,000. In HSK terms, this equals around Level 5, which requires test takers to recognise 2,500 characters.

When compared to the monstrous 50,000+ characters, this may be hard to believe. However, the logical nature of Mandarin means that the same characters are repeatedly used to form various words. Chinese characters each have an individual meaning and are often combined to form new words. Related words often contain the same character, helping learners identify possible meanings.

Take for example the word ‘aeroplane’. Formed of the characters for to fly (飞(fēi)) and machine (机(jī)), this word is literally translated as ‘flying machine’ 飞(fēi)机(jī). This same character for ‘machine’ also appears in words like ‘mobile phone’ (手(shǒu)机(jī)), ‘washing machine’(洗(xǐ)衣(yī)机(jī)) and ‘computer’ (计(jì)算(suàn)机(jī)).

This is just one example of how Chinese characters combine to make vocabulary easier to learn and remember. After acquiring a few basic words, it becomes far easier to guess unknown ones and rapidly pick up new vocabulary – just another reason Mandarin isn’t as hard as you think!

Tones are one of the main difficulties non-Asian learners of Mandarin face. Each Chinese character must be pronounced in a certain way, using one of four sounds, known as ‘tones’.

There’s no disguising the fact that tones are difficult to master, but they are integral to the Chinese language. The reason being that pronouncing a word using the wrong tone can completely change its meaning and cause a misunderstanding. Take for example the word for ‘boss’; 老(lǎo)板(bǎn). Pronounced incorrectly, this could be mistaken for 老(lǎo)伴(bàn), meaning your elderly husband or wife. Though most mistakes are harmless, others could cause offense, so you should try your best to get it right.

It might sound complicated, but don’t let it put you off. Native speakers appreciate the difficulty foreigners face when trying to master the tones and usually do their best to help. Generally, they can understand what you mean thanks to the context of your sentence and the positioning of the word. For example, 踢(tī) (to play) and 题(tí) (topic) could easily be mixed up, but their different roles and positions in a sentence enable native speakers to easily understand what you mean. Despite this, it’s important you make the effort to memorise the tones when you learn new words. It makes your Chinese sound more authentic and native speakers appreciate your effort!

Though the tones are challenging, English speakers will be pleased to know that pronouncing the sounds of Mandarin isn’t as hard as you think. Once you’ve mastered the few trickier sound combinations, pronouncing pinyin will be a doddle! 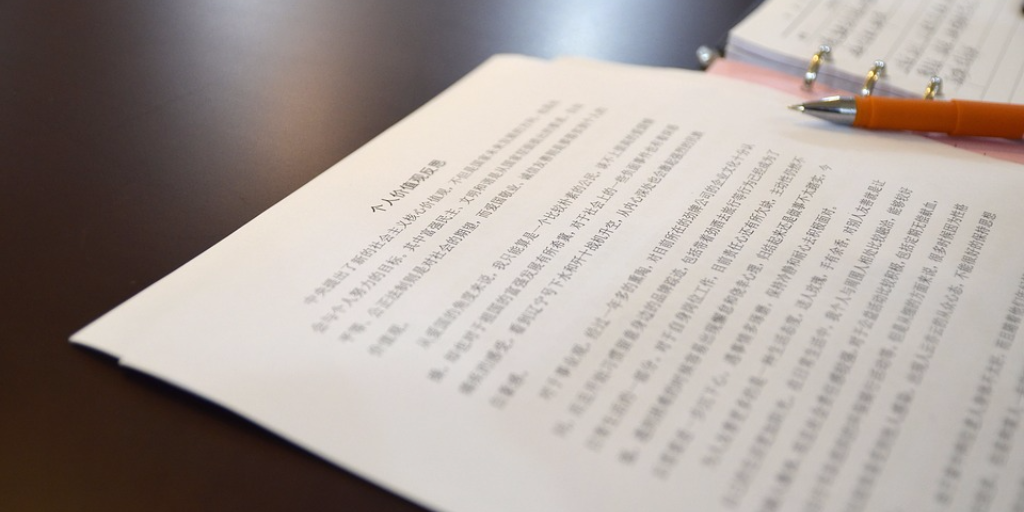 Chinese characters are undoubtedly what have given Mandarin the reputation of being one of the hardest languages to learn. To the untrained eye, they appear as series of scribbles that can’t possibly have a real meaning. However, believe it or not, they are far less intimidating than they seem!

Chinese characters derive from pictures that have been simplified overtime to create the modern-day language. To non-native speakers, several characters have no obvious visual link to their meaning and appear quite complex. The good news is that many of the characters you’ll come across at the beginning are relatively straightforward and clearly depict their meaning. For example, words like person (人(rén)), mouth (口(kǒu)) and big (大(dà)) are less intimidating and easier to recognise.

Once you start learning more characters, you’ll begin to see patterns that help you identify the meaning of new ones. For example, the character for mouth (口(kǒu)) appears in words related to the mouth, like to taste (品(pǐn)尝(cháng)) and to eat (吃(chī)). There are around 214 characters of this type, known as ‘radicals’ and they help group together and organise characters in the Chinese dictionary.

By taking the time to understand the formation of Chinese characters, you’ll find they aren’t nearly as impossible as they first appear. The more characters you learn, the easier it becomes to recognise new ones, guess at meanings and appreciate why Mandarin isn’t as hard as you think! 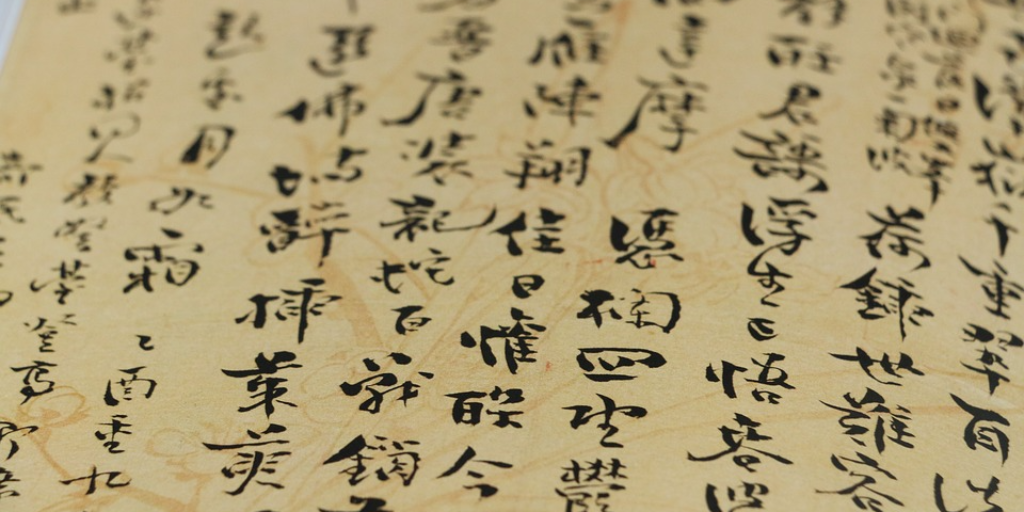 Mandarin Chinese is becoming an increasingly popular language to learn in the West. As a result, hundreds of useful on- and offline resources are now widely available, making it easy to reach a good level without even going to China.

The growing number of Chinese people working in the West means you’re likely to find conversation groups or language tutors in your local area. If not, online classes are a good alternative. Websites such as iTalki and HelloTalk help language learners learn and practice their target language with native speakers over video call and instant messaging.

The prospect of chatting to native speakers may seem intimidating, but it shouldn’t. The Chinese recognise that not many Westerners can speak their language, and are extremely impressed with and encouraging of anyone trying to learn. Many Chinese people are shy to speak English, so they are more likely to help you speak than switch to English at the first sign of difficulty.

Several members of our alumni community have learnt Chinese and are happy to give advice and share their experiences. If you wish to find out more about how to learn, or why Mandarin isn’t as hard as you think, join our Facebook Community Group and simply post your question!