My Impression of Cultural Differences in China

My Impression of Cultural Differences in China

One of the biggest things you hear about China is just how different it is to anything you’ve ever experienced before. You hear about differences in food, people, how things look, how everything is put together. And this is true, these are all things that are very different between China and the UK. However, this blog I’m going to focus on one of the biggest differences: culture. The differences in culture that shocked me most when I came here. Culture can encompass a number of different things, from the way people dress to manners and I hope in this blog I can prepare you for some of the biggest cultural shocks that you may experience during your time here.

One of the first to spring to mind is just how much attention you get as a Westerner. I’d heard that a lot of people would stare, take photos and generally just be excited to see a foreign face. But somehow I expected to simultaneously receive both more and less attention than I get in reality. I expected the reception to be 100% positive. Unfortunately this is not always the case. While most of the time your presence is met with either excitement, stunned silence or often just ignored- you do occasionally get people taking pictures of you while you eat, stopping to stare at you inches from your face. I’ve even had people move away from me on the metro. Fortunately, this is minority of people. Generally, Chinese people are some of the friendliest I’ve met. Always welcoming and happy to try their best to help, even when they have no idea what it is that you’re trying to ask them. However, the occasional negative attention (even when it’s not intended that way) is something that took me by surprise.

Another huge difference that I have noticed is general cleanliness. This is one of the last things I expected when I came out here, and I can’t speak for many of the smaller cities, but a lot of the time the cities here are a lot better kept than England’s cities. Everywhere you go, you will see government employees working to keep the city looking nice. Literally everywhere you go. They even clean and clear the dancefloors of clubs whilst people are still dancing! Whether they are picking litter, hand planting flowers or sweeping the roads- you see so many in daily life. It really is lovely, and it’s nice to see so many people, older people especially, working and seemingly enjoying what they do. However, on the other hand- it can also be different on the complete opposite end of the spectrum. In China, certain actions that are considered ‘taboo’ in England, are frequently seen. It is common for people to spit in the street, use their mouths to de-shell food in restaurants and pee and poop in public, that last one being mostly, but not exclusively, children.  One of the strangest I’ve seen was a mother holding her child in the air so he could wee in a wheelie bin inside a shopping mall. Opposite the toilets! But again, whilst very baffling for us- this is a common occurrence in China- and one I am mostly used to by now. However, despite all of this- the pavements and roads are regularly blasted down by power washers attached to trucks and the numerous handymen are constantly cleaning up behind people- making it generally quite clean and well presented here. 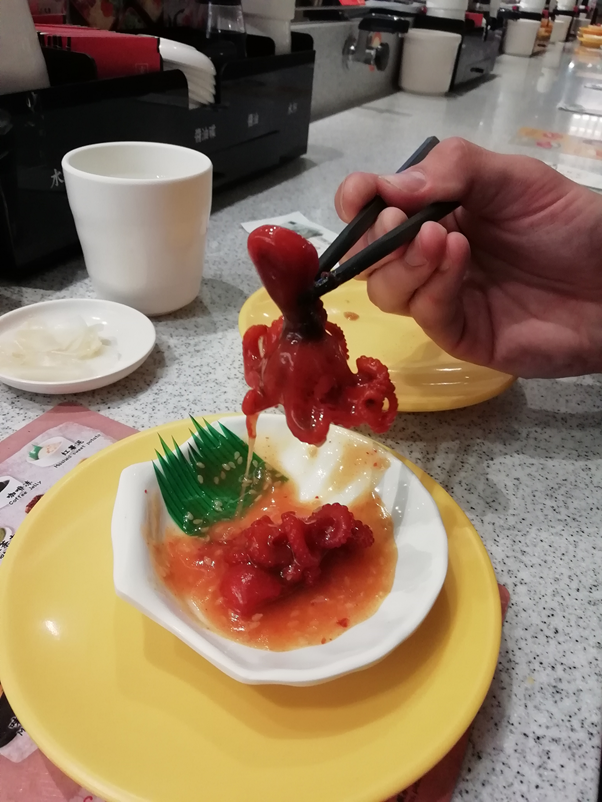 One of my favourite cultural differences and something that I think the West could learn from and should adopt is the treatment of older people. In China, respect is very closely linked with age. You are taught to respect the elderly from a young age, and you can see this clearly in the schools with the ways the teachers are treated differently accordingly. As previously mentioned, you see a lot of older people working here, and they seem genuinely quite happy. In springtime I would see dozens of gardeners working to plant flowers and landscape the areas alongside the roads in the sunshine- smiling and laughing with each other. There are also plenty of opportunities for people of all ages, ability and gender to keep active. There are plenty of outdoor gyms around the cities, almost always occupied by a group of people of a certain age. After a certain time in the evening you will find groups of people either dancing in unison to some loud Chinese music or doing Thai Chi to some very calming and relaxing music on every corner. I love this for so many reasons. First of all, I like that they feel comfortable doing these activities in public without fear of anyone making fun of them or judging, as is unfortunately often the case in England. Secondly, they are all interested in keeping fit and healthy. And lastly, it also encourages them to have a more active social life. You rarely see elderly people in wheelchairs or on mobility scooters. Most elderly Chinese people seem incredibly spritely and energetic, and I think this can be attributed to the opportunities they have to keep active.

The last difference in culture that I’m going to mention is basically the aesthetics of China. As someone who doesn’t pay a lot of attention to buildings and architecture, I was surprised to find how obvious it was that I was not in England from the second I stepped off of the plane. Of course, the temperature and lack of English speaking people was a dead giveaway, but I remember spending the duration of the 3 hour taxi from Shanghai to Suzhou looking out the window at the buildings as they went past. The architecture here is so different from what I am used to, I couldn’t stop looking outside. While most places in the West expand by building out, it seems that Asia builds up. 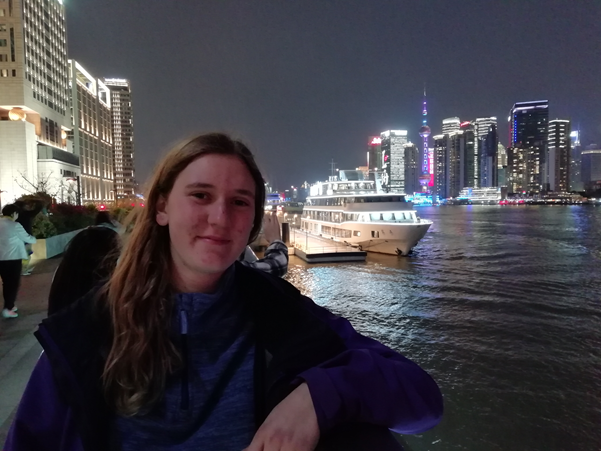 We went through fields and fields of nothingness- only to be suddenly surrounded by skyscrapers and high-rises. As well as this, a lot of buildings look exactly the same. As if they’ve been copied and pasted onto the land. Houses and flats will stretch for miles without any inconsistencies- it’s very strange to see. The building I live in is part of a complex of around 30 or 40 identical looking buildings- when I first arrived I was terrified to leave in case I got lost and was never be able to find my building again! However, this is primarily seen in residential areas. The city centres are different in a whole different way! Of course, a lot of the centres are different to each other- you go to places that have what interests you. However, generally you don’t often find a pedestrianised area in the centre. The centres are often full of shops trying to draw you in with bright lights, people performing and loud music. You find a lot of street food stalls drawing you in with incredible and intriguing aromas and if not a stall, then just a small counter set back slightly into the wall. I personally love the city centres in China, for many reasons. As a foreigner, you get a lot less attention in crowded and touristy places, which in a lot of cases- is preferable for me. I also really enjoy the atmosphere. The lights, the noise, the crowds. There is always something interesting to see in the centre. And if not, then the food is amazing and it still makes for a nice day or night out. And lastly, I feel that the centre shows China at its most authentic. The more touristy centres, not so much- but there are plenty that have all of the things I’ve mentioned as well as Buddhist Temples, Pagodas and market stalls, meaning that whether you’re feeling lively or peaceful, you can enjoy yourself there.

Living in China is such a world away from what you already know. While I have mentioned that I didn’t feel as overwhelmed as I had prepared myself to feel, that is no reflection on how utterly different this country and its culture is from home. While some of the differences I’ve mentioned may sound negative, I don’t want that to be the case. They’re just huge differences. Some of the culture here I love- and some not so much. But that’s part of why China has such a strong hold over me. There is literally never a dull day here! It really does keep you on your toes! I’ve fallen in love with China and the fact that the half way mark has come up so quickly breaks my heart just a little bit. But I still have a glorious seven months here and I’m going to use them to take in all of China and bask in its weird and wonderful culture!

If you’d like to follow Amy’s teaching journey in Suzhou, you can do so in our Teacher Blogs category.