Teacher Black: My Year in China, by James-Prescott Kerr

Teacher Black: My Year in China, by James-Prescott Kerr

When @jamesprescottkerr packed his bags and headed to Changzhou in 2015, he had no idea his adventure would later become a book.

Fast forward 5 years, and his tale of a whirlwind year of highs and lows, ‘Teacher Black: My Year in China’, now has pride of place on Amazon’s recommended reading list for China. 🇨🇳

And it’s not hard to see why…

This fast-paced, funny and honest tale of everything that happened over the course of James’ placement explores eye-opening topics, including:

➡️ What it’s like being a black British teacher in China

➡️ How he was perceived and treated by the people he met

➡️ How he adapted to a vastly different culture

In this exclusive blog post, James details some of the most pertinent quotes from the book, explaining the stories and experiences behind them. 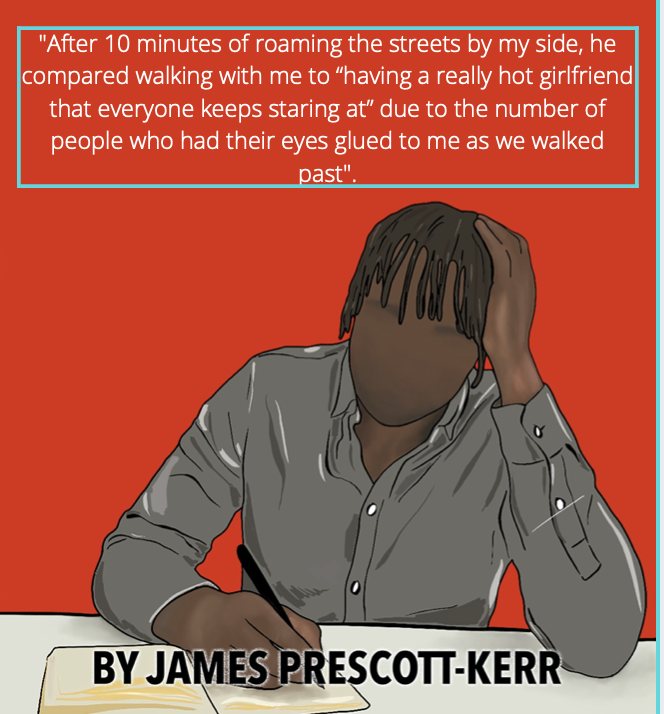 I chose this quote because it encapsulated two defining factors of my time in China regarding my experiences. Firstly, it was the amount of attention I was on the receiving end of as a local. Although it was expected as one of the few Black people in China fused with someone of my height (6’4), it still took some adjusting to my new reality as a walking tourist attraction.

Secondly, it encapsulated how different my experience was in comparison to my non-Black colleagues in China. This quote came about from my friend and then room-mate Daniel. Before we ventured into Beijing together unsupervised for the first time, he asked me who I thought would get more attention out of the two of us. I was surprised by this, as I thought I was the obvious choice. Out of 100+ English Teachers enrolled on the programme in our group, I was one of two Black people, while he was of one of many White people. I was obviously going to be the rarer sighting. After our walk around the local area, Daniel conceded that I garnered considerably more attention, comparing walking with me to having a really hot girlfriend that everyone keeps staring at while he got significantly less attention. It was a moment early on in my journey that signified that my experience in China was not going to be a common one. 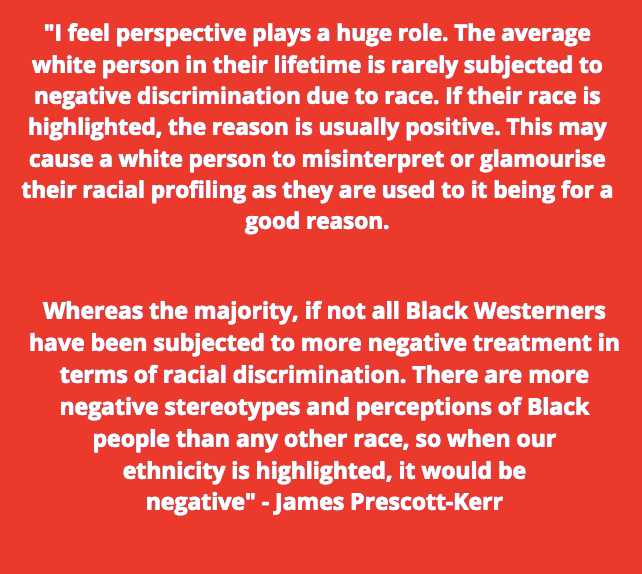 This prepares the reader for the possibility of my views challenging the common narrative of how foreigners are treated in China. It is also a disclaimer in some ways, accepting I may be wrong in terms of some of my interpretations but giving context as to why I have come to my conclusions. Additionally, it opens the reader up to the idea that I may be correct and the common narrative may be wrong. The common narrative for the foreigner experience in China comes mainly from white people, who in their home countries, rarely, if ever, face discrimination. These past experiences would have moulded them to interpret any attention given to them due to their race as positive. On the opposite side of the spectrum, Black people, rarely, if ever, face positive discrimination. Because of the negative stereotypes associated with our race globally, we mainly face negative discrimination. This may have resulted in me assuming all differing treatment towards me based on my race was negative.

In conclusion, I’m saying everyone’s interpretations of their treatment are more open for debate than usual. The Chinese locals may have acted negatively towards white people who interpreted their experience as positive because of the comforts of white privilege have shielded them from such experiences in the past. The Chinese locals may have acted positively towards me but I may have interpreted it as negative due to PTSD of the racism I’ve suffered in the UK. Although I’m qualified to speak on the matter, I am inviting you to widen your perspectives and come to your own conclusions. 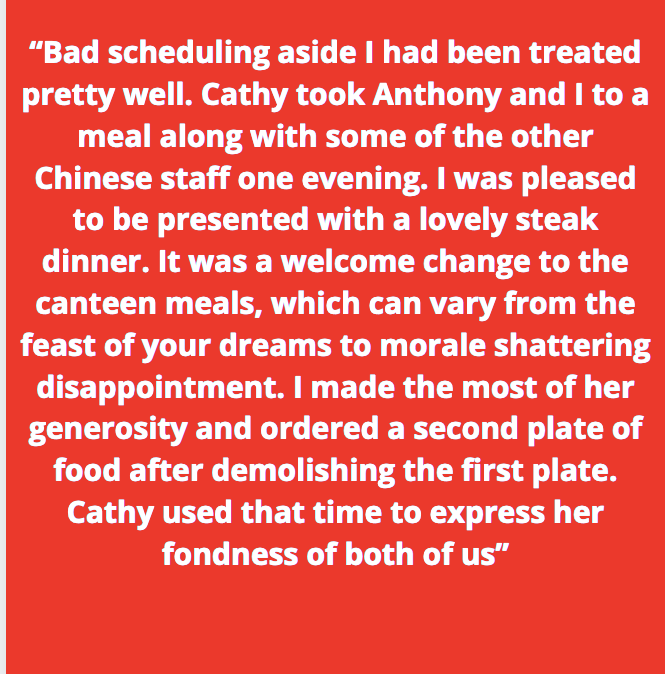 In contrast to the more hard-hitting topics surrounding this book, I wanted to remind everyone I did have a great time in China and had been treated amazingly by my hosts as well as many of the locals. That was one of the examples of me being looked after. Me and my colleague Anthony were taken for a lovely meal after School by our supervisor Cathy, with the expenses covered. I was ravenous finished my plate rather quickly, which resulted in Cathy ordering another plate for me without batting an eyelid. Chinese people, in general, take their role as hosts and ambassadors for their country seriously at every level, and it shows in the way they treat their guests. I had never been subjected to such hospitality and generosity before and I did not take it for granted. Many of the locals take great pleasure in showing you a good time and will go beyond their means to put a smile on your face. There may be room for debate or interpretation in a lot of my views in this book, but I’m certain that I won’t get much pushback in this department. 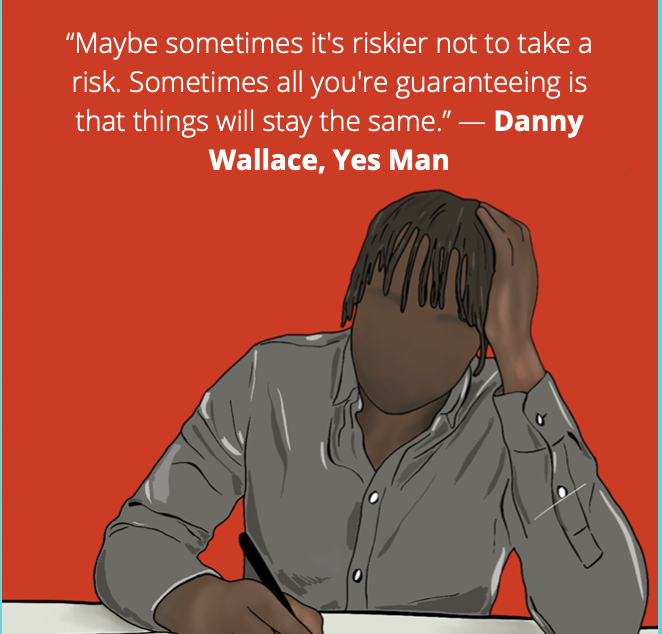 This summarises my whole experience as well as my mentality when I agreed to teach in China. I had some extremely tough moments during my year in China, but that quote is the explanation of why I will not regret my decision for a second or change a single moment if I could. At the time I found the TEIC programme, I was an unemployed graduate without a sense of direction, struggling to find a job or a clear path in life. Once I was accepted, I then had a clear goal; make enough money to get to China, which fortunately transpired. I then embarked on the most transformative experience of my life. I returned to London with an air of optimism, self-assurance and enthusiasm. I now know within myself I am capable of overcoming anything if I apply myself and I found clarity in who I am and what I want to do. I also lived through an experience worthy of writing a book about! I’m not trying to glorify struggle or hard experiences, but I want to reinforce that you can’t let the fear of having a difficult experience stop you from taking a risk or leaving your comfort zone, especially if you are currently in a situation you are not happy with. Like the quote suggests, sometimes the biggest risk you can take is doing nothing at all, as you are guaranteeing that nothing will change at all. I went to China. It had its challenges but I had a great time. It changed me for the better. It might do the same for you.

Want to read the full book? You can purchase it from Amazon for Kindle or in paperback.