The End of My First Year Teaching in China

The End of My First Year Teaching in China

With the end of the school year looming, it’s been a relatively busy month. I had to decide what my plans were for next year, prepare an exam for my students and potentially make an appearance in the school play.

My current school offered me the chance to renew my contract along with a pay rise. So, whilst taking this offer into consideration I started on the hunt for other opportunities for the next school year. One of the first things to consider was location; do I want to stay in Nanjing or branch out to another part of China? One of the great things about teaching in China is that there are a lot of job opportunities in cities across the country. Whether you want to live in the hustle and bustle of an international mega-city like Beijing or Shanghai, or a smaller quieter city where it’s easier to get immersed in Chinese culture, there’s definitely no shortage of options. One of the main problems some foreigners face is finding out where to look for these opportunities. Unfortunately, in China there are some people who would have no problem with taking advantage of foreign teachers when it comes to job hunting, so it’s always best to go with a reputable recruiter or agency (such as Teach English In China) and to do adequate research on any schools you may be interested in.

The main cities I looked at were Chengdu, Guangzhou and Suzhou. These were all big cities with well-established expat communities and plenty of things to keep you busy. However, I had also really enjoyed living in Nanjing this past year and knew my way around the city, so I was torn between staying or going. Eventually, I received an offer to teach English and P.E at a new school that is about to open up in Nanjing, so I decided to stay and accept that offer for the upcoming year.

A couple of weeks after I accepted the offer, my new school invited me to teach a demo P.E lesson at one of their open days. At first, I was a bit hesitant because the thought of having to teach a class to kids that I’ve never met before whilst their parents were watching was a bit daunting. But then I came to the conclusion that it won’t kill me, and it would also be a good opportunity to see my new school and meet some of my future colleagues, so I accepted the invitation. Looking back on it now, I’m definitely glad that I took the opportunity (even though it meant waking up at 6.30am on a Saturday and Sunday).

By the time the open day arrived the school was still under construction, so only parts of the campus were open. The parts that were finished however, looked absolutely amazing. It’s a very big campus that will contain a primary, middle and high school as well as a kindergarten. Since it will be the first year that this campus is open there will only be kindergarten, grades 1 & 2 and grade 7 students enrolling. I’ll be responsible for teaching English to grades 1 & 2 and PE to grades 1, 2 & 7. One of the main reasons I managed to land this job was because I had a background in sports and coaching. So, if you have any other interests outside of English teaching, it’s definitely worth mentioning, as it may help you to land a better job or find something that you’d potentially enjoy more. 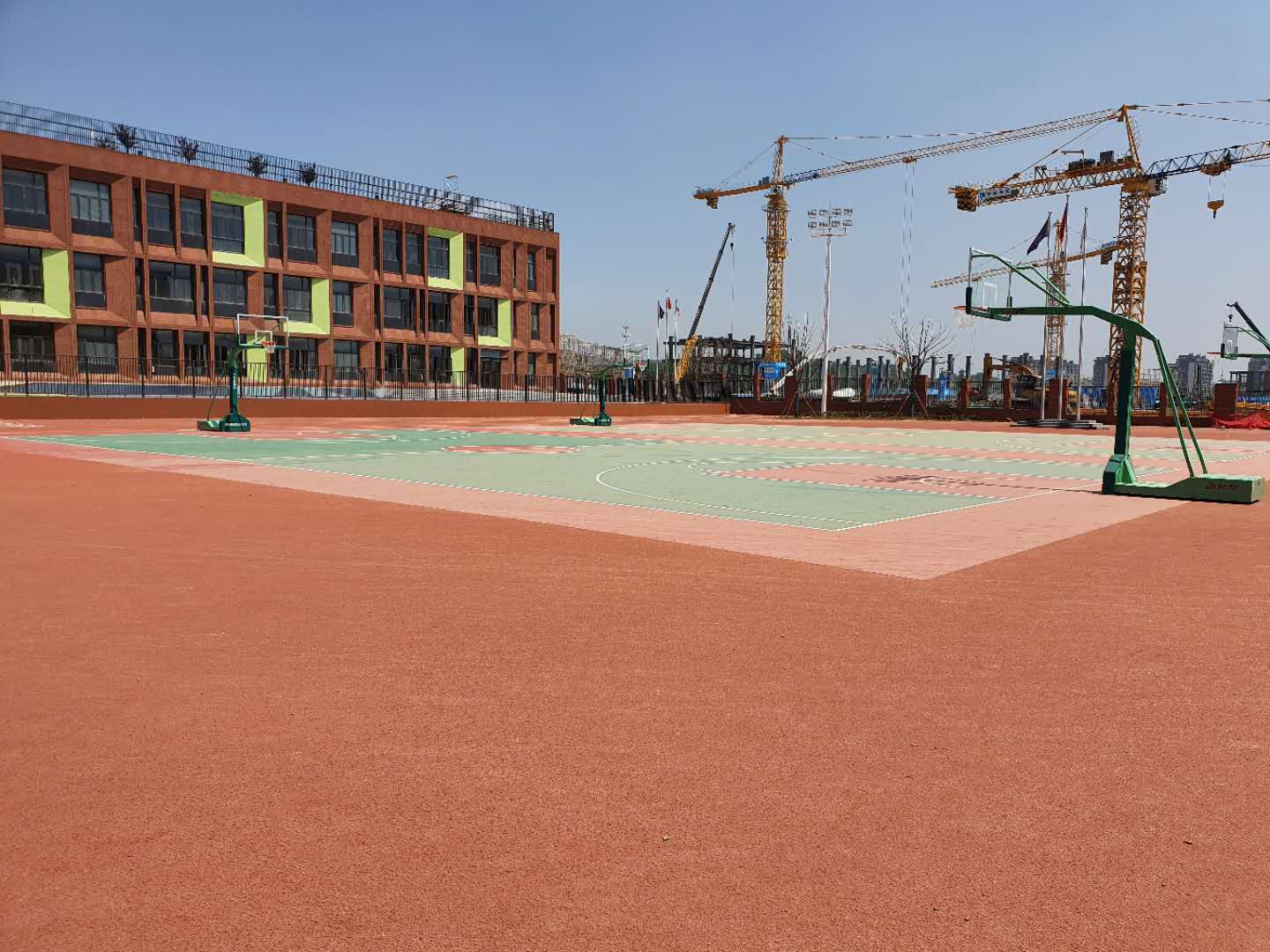 Anyway, the open day was a very cool experience. The school hosted some English, art, PE and science classes and even had an opening ceremony with a performance from some of the Chinese staff. There were also some cool pieces of technology for the kids to try, including a flight simulator. They really went all out. My demo lessons were around 25 minutes long with the kids who will be going into 1st grade after the summer, so I just kept it nice and fun for them. We played a few games including British Bulldog (don’t worry, nobody got hurt) and then finished off with some traditional school sports day races like the Egg and Spoon Race. Overall, it was a pretty fun day and it was nice to meet some of my colleagues for the upcoming school year. 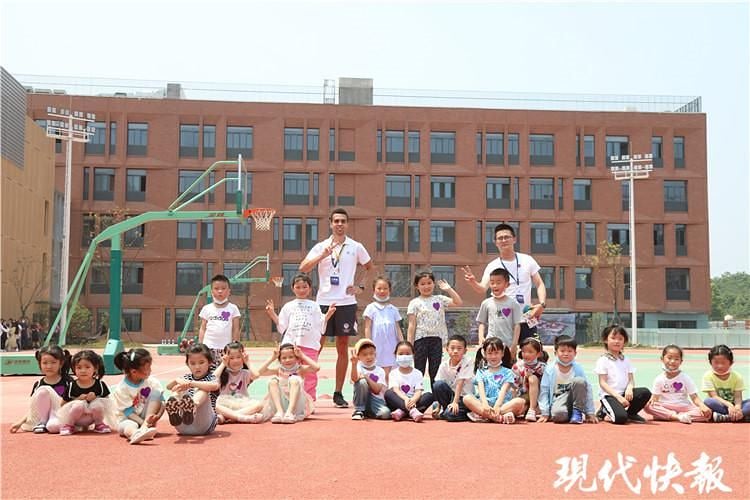 Back at my current school, we’re reaching the business end of the semester, so I have to start thinking about how to grade my students. Since this semester has essentially been cut in half and I only see each class once every 2 weeks, it’s a bit difficult to give the students a grade based off of their work in class. So, I’ve prepared a small oral exam for them. It’s nothing too difficult, they will have a choice of 3 topics: diets, extreme sports or travelling, each of which consists of a few questions. They will have a short conversation with their partner about their chosen topic using the questions provided, and I will just listen and assess their responses. The good thing about an oral exam is that there isn’t much for work for me in terms of reading or writing – but the downside is that it will be time-consuming assessing the students in pairs, especially when there are over 700 students. Hopefully if all goes to plan, we can finish the exams before they have their last class with me and we can just spend that final lesson playing some fun English games.

Chinese schools often like to celebrate big events with a performance, and the end of the school year is no exception. The primary school is putting on an end of year play and have asked me to be a part of it. Since they need a foreigner to play one of the roles and I’m one of the only foreign teachers left at my school, I felt obliged to say yes. At first I was a little bit apprehensive because I had no idea what I’d be doing, but when I got to the rehearsal I found out that the play was with a bunch of my favourite grade 5 students from last semester, so maybe it won’t be so bad after all. I also had the pleasure of watching the international department’s end of year performance. They made a musical called ‘Seussical’, which was basically a mash up of a bunch of different Dr Seuss stories. It was almost entirely run by the students; from the lighting, to the costumes, to the sound effects, props, publicity, they pretty much ran the whole show. It was very well put together and the entire thing was in English as well, with the Chinese translations up on a screen for the audience to read. It was an impressive spectacle, and it was nice to see how much they all enjoyed themselves after all the hard work they’d put into the show. 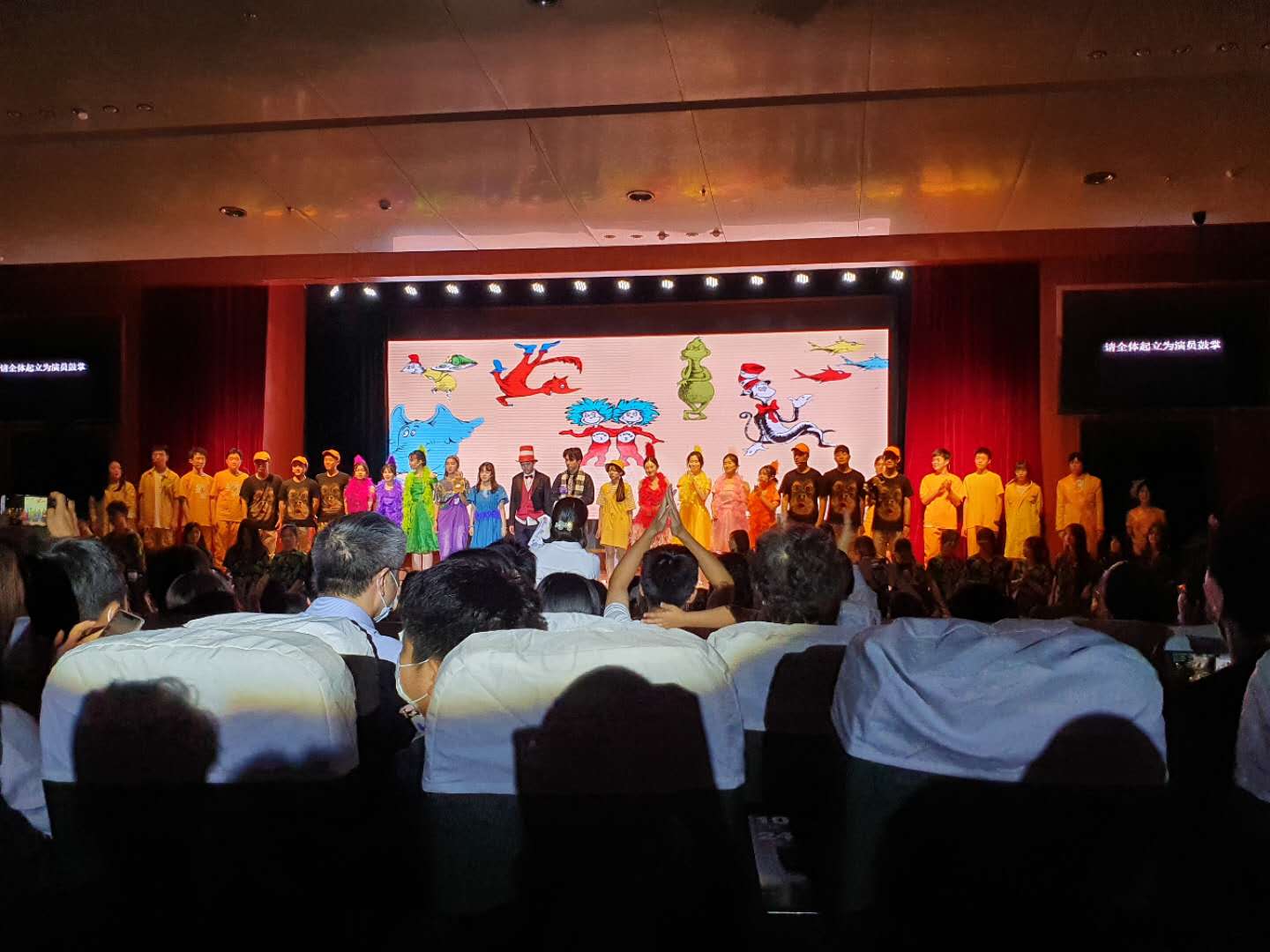 Over the next few weeks, I’ll be examining my students before enjoying the summer holidays. We’re all onto the final stretch now and afterwards we can kick back, relax and enjoy the Chinese sunshine.