Living in Suzhou: My Thoughts so Far

Living in Suzhou: My Thoughts so Far

I moved to China about a month ago now, and despite my worries the process went very smoothly. I live and teach in Suzhou’s Southern district of Wujiang, and so far I love it.

This post will cover Suzhou as a place to live; what the city is like, what there is to do here, and how my employers and workmates have been so far.

I chose Suzhou partly because every picture online makes the city look like the most beautiful place to live, and I have not been disappointed.

On the outskirts are fantastic ancient towns from centuries ago, old buildings delicately crafted and rigorously lived in. The city is studded with parks and Buddhist temples, street food and dusty roads. Almost every street has a bridge over a river or canal. To the South of Suzhou lies the ancient town of Tongli, which is a definite must-see. Full of winding roads and bustling markets, this town has seen centuries roll by and has barely changed.

In Suzhou city centre there are brand new shopping malls, western chain coffee shops, and places you can get Western comforts and food you’ll recognise. At night the city skyline lights up in neon colours and reflects off the lake to create an awe inspiring display. The clubs in Suzhou are crazy, with DJs and live music. Suzhou city is huge, and I don’t think I’ll ever run out of things to do – even if it’s just staring at the skyline. It’s a city of art, culture, history, business, excitement. There really is something for everyone here.

I love this city, and I’m so glad this is the place I chose to live. 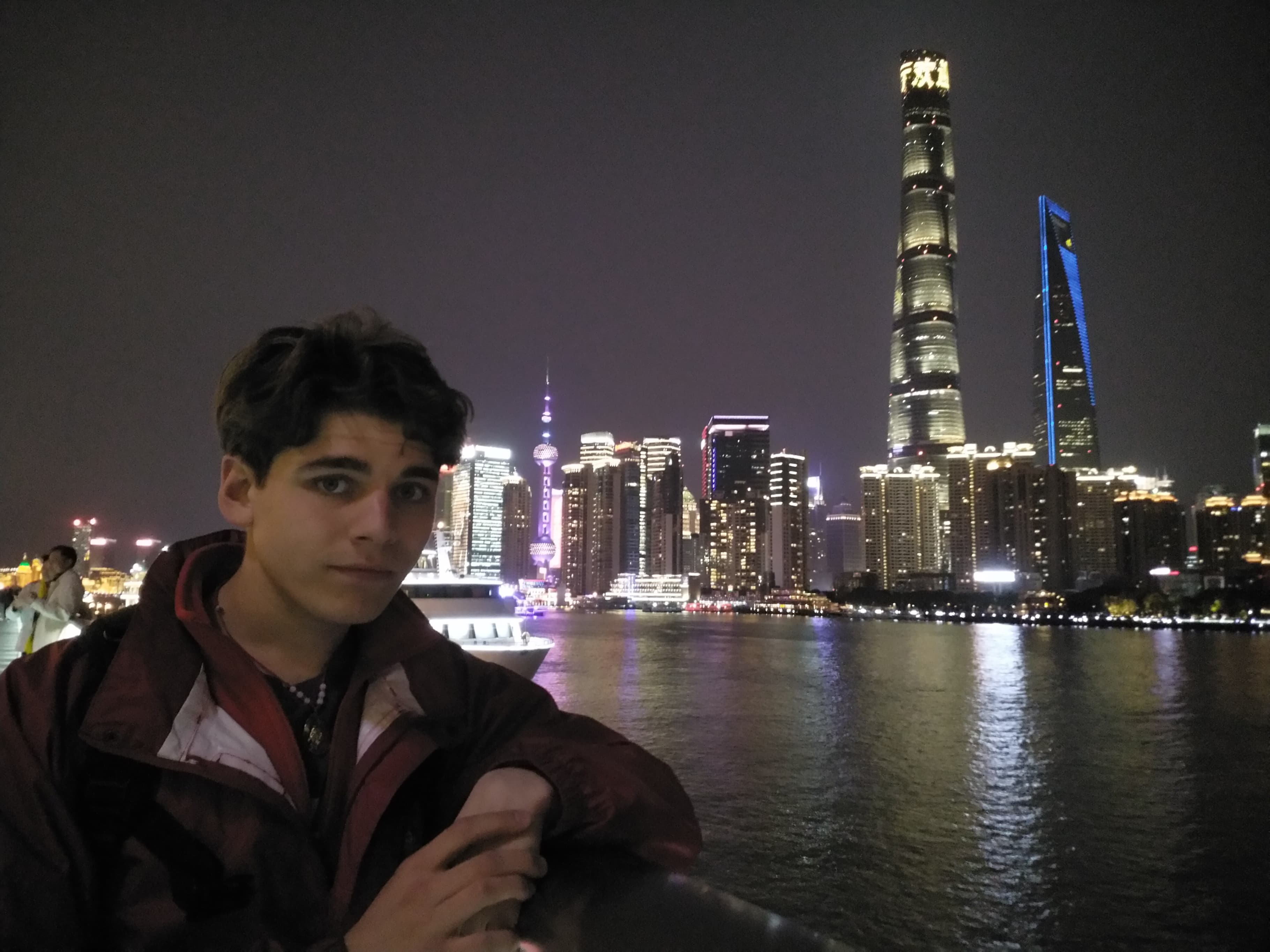 The people in Suzhou are friendly and helpful. They do their best to understand you in English and to help if you begin to struggle. The first few times I used the Metro it was a bit of a pain, but the guards were on hand to show me how to use the ticket gates.

Suzhou isn’t the most frequented city by non-Chinese people and so as foreigners here we do tend to attract quite a lot of attention as a result of our skin colours, face shapes and eye colours. In the city centre this is less common, but where I live in Wujiang many people have never seen a Western face before, and very few people speak any English. It can be daunting and strange that people here just openly stare as you walk past, but I’ve come to the conclusion that they’re not being rude, they’re just curious. Sometimes people will take a sneaky picture of you on the train, other times they will excitedly ask for a photograph with you (and of course most will do neither).

That being said it is nice to feel special, and it does mean that when you make mistakes (like entering through the exit) it’s easy to play the foreigner card and apologise before running away. The power of “ting bu dong” (literally; “I hear but don’t understand”). 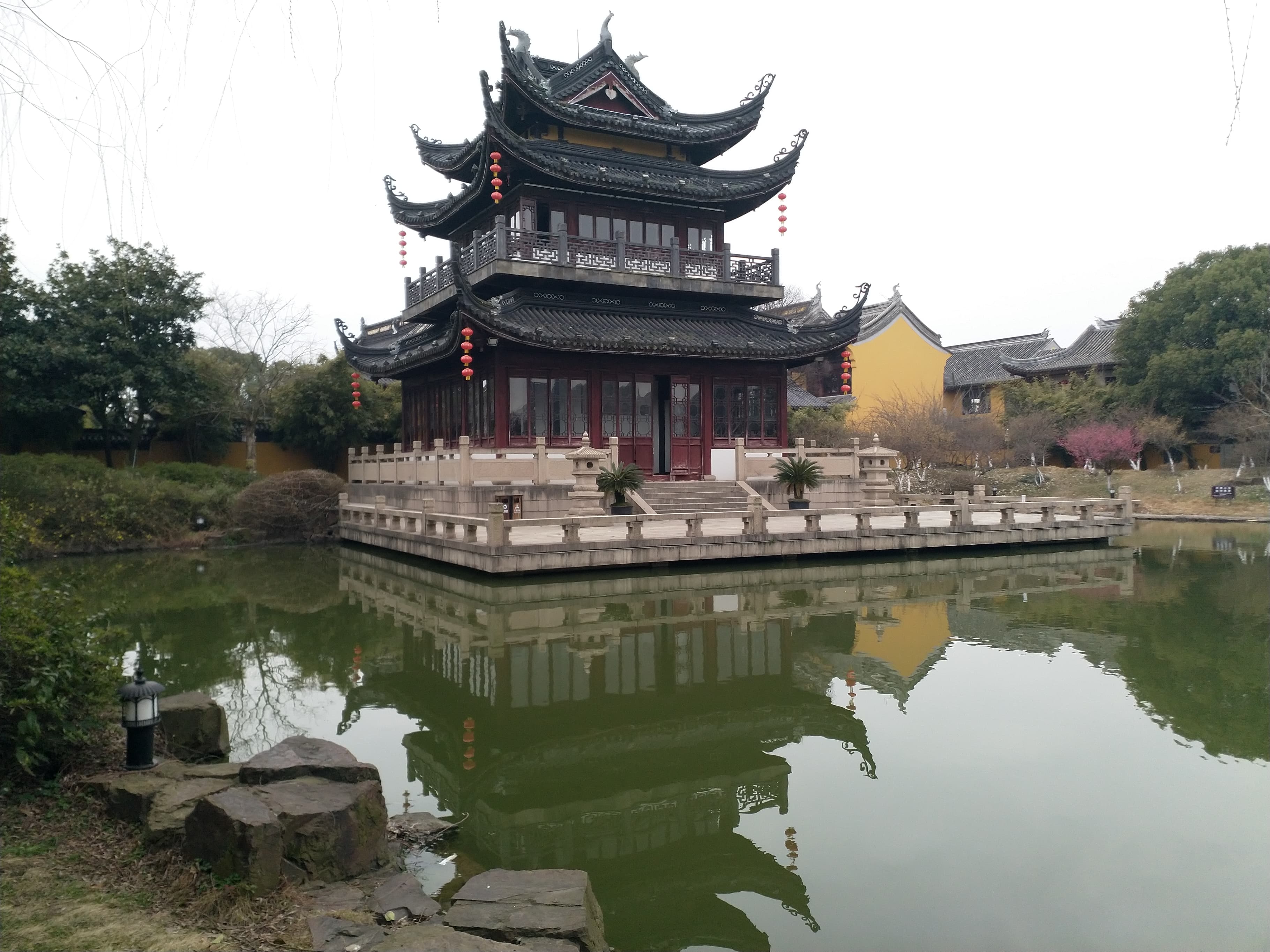 Since arriving in Suzhou I and the other foreign teachers have been treated very well by our employers at the Suzhou International School. On arrival we were taken directly from the airport to our apartment in a paid-for taxi. From that point the list of things they’ve helped us with grows and grows.

They met us at the apartment, helped us set up the Wi-Fi and download some useful Chinese apps like Baidu Maps. They ferried us to our medical checks, set up our Chinese sim cards for us, and sorted out our residents’ permits. Overall they’ve been pretty great, and without them to help me through all of this I don’t know how I’d have got it all done. Coupled with the support I got from Arnold and Teach English In China before coming to China, I really can’t fault either side!

And of course we’ve been paid on time, which is a major plus! We earn 6500 RMB a month plus travel allowance, minus electrical bills. I was warned before coming that going through a company like Teach English In China will reduce my pay, but this turns out not to be the case. Having spoken with other foreign teachers who went through the British Council, their pay is the same as mine anyway.

The Chinese teachers I work with at school are supportive and friendly. In lessons they generally do their best to help me explain what I mean to the children and to control them if they get overly excited. The language barrier can be difficult here, even with the teachers who speak English (the language barrier could be, and probably will be, a whole blog post of its own!), but it hasn’t created any problems that can’t be solved just yet.

Outside of lesson times I feel like I can chat with the Chinese teachers, and they always keep me involved. Just last week they invited me and a friend out for a meal with them to try some authentic Chinese food; goose leg (the webbed toes were the weirdest part), eels (don’t eat the insides like I did), snails (see previous comment), crayfish (nothing to report here, other than they were unbelievably delicious). To anyone who is thinking about teaching in China I advise you to try make friends with your school’s teachers, even if it’s just by asking lots of questions about China – it’s worth it! 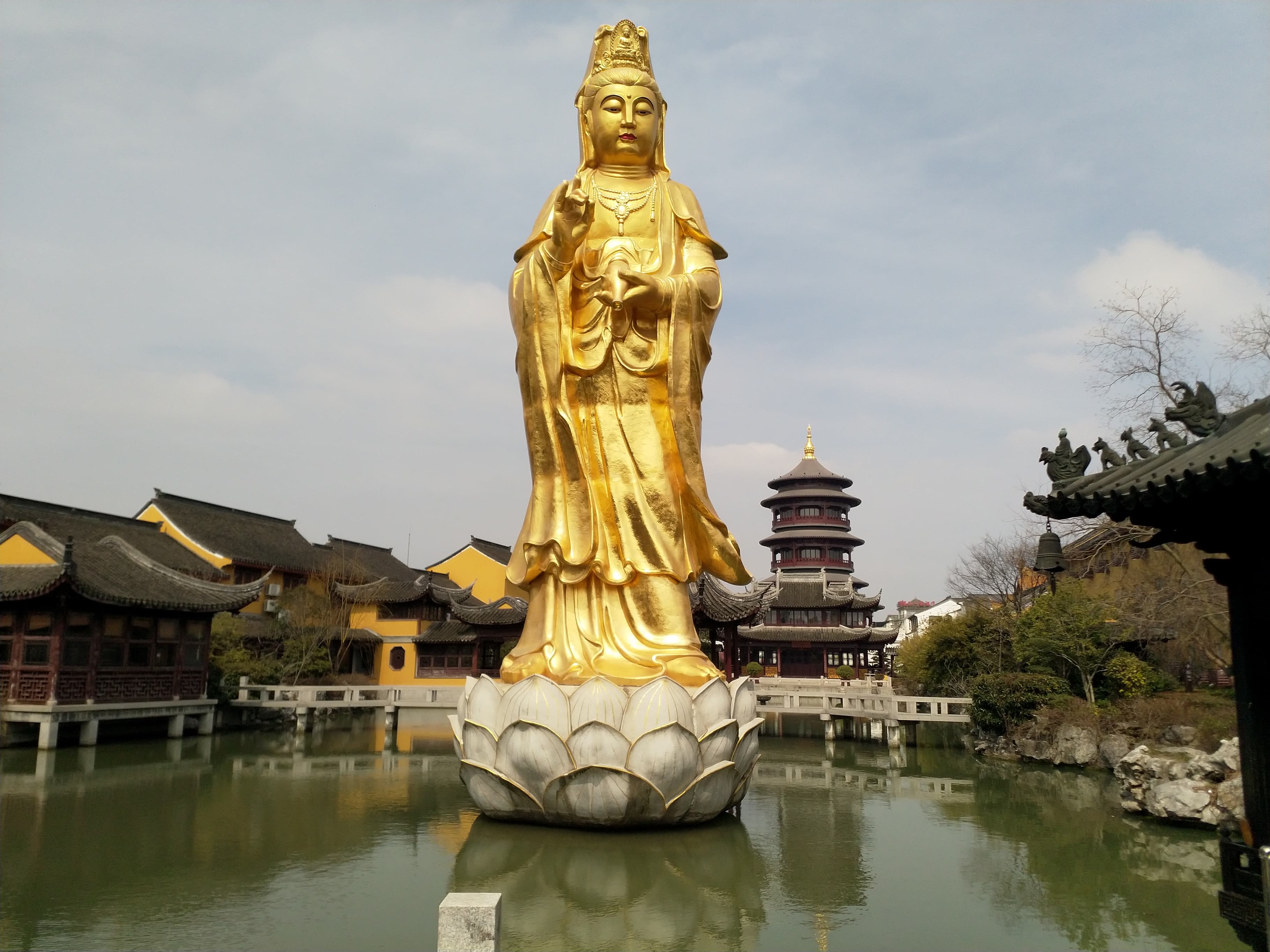 I had heard from a few people that Chinese food in the UK isn’t really like Chinese food in China. And I always thought “well… it’s got to be kind of the same?” Wrong. Chinese food in China is crazy. The staple foods are as you’d expect – noodles and rice. But a lot of it isn’t. I mentioned some of the weird foods above; eels, goose legs, snails. But there are far weirder things to eat here, like fish heads, duck tongues, chicken heart, pig anus. Sounds like I’m making it up, right? But in Chinese cooking they really use every part of every animal.

The good news is the weird food is actually pretty tasty! Before I tried the goose leg I thought it was going to be awful. By the end it was actually fine! (I don’t think I’ll have another one though…) And of course you can also get authentic Chinese food which isn’t stretching the boundaries of your comfort zone. Wonton soup is a classic and delicious. And with Suzhou being such a diverse place, you can find somewhere in the centre to get chips and pizza if you’re missing home. 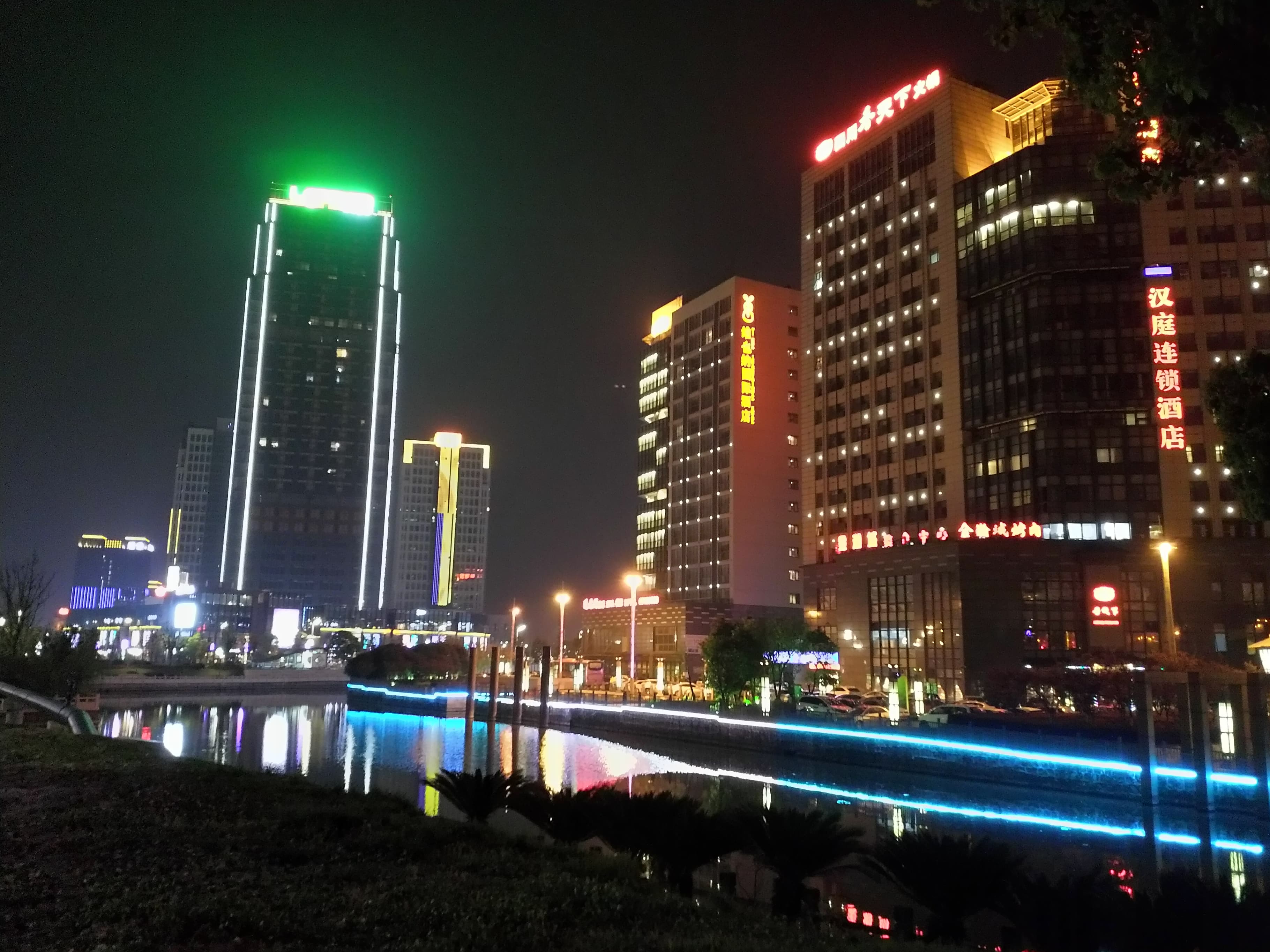 Overall my first impressions of Suzhou are that this city has a lot to give. Suzhou is the perfect size for me, and is brilliantly Eastern while still having just enough West to allow for a retreat now and then. I’ve explored a lot already but it’s clear that there’s still a lot more to see, and I can’t wait.

Would you like to start your own adventure in Suzhou? Find out more about our State School and TEFL Training Programme and take the first step towards living and working in China.