China is home to one of the largest, most competitive education systems in the world. With a population of 1.3 billion, it’s only natural that there’s a huge demand for teachers, including those from abroad. If you’ve started researching teaching jobs in China, you’ve probably found no end to the options available. There are so many in fact, that it can get a bit confusing; state, private and training centres are just some of the many options out there. But what do they all entail? Here’s what you need to know about China’s different school types.

In China, all citizens must attend an obligatory, state-funded 9 years of school. This starts at age 6 or 7 with six years of primary education (grades 1 to 6), followed by 3 years of junior secondary education from the age of 12 to 15 (grades 7 to 9). Some provinces may have slightly different requirements on the number of years spent at each school type, but 9 years is a minimum term set nationwide.

Following junior middle school, students can attend three years of senior middle school (grades 10 to 12), which together complete secondary education. This, however, is not state-funded, though a large percentage of students go on to complete it. A Chinese schoolchild’s whole schooling career until this point is spent working towards the biggest, most important exam of their lives; the gaokao. Coined the toughest exam in the world, this is a rigorous, compulsory university entrance exam, the scores on which can determine the rest of your life. Those fortunate enough to succeed are able to then apply to different universities depending on their score.

Though the Chinese government has made great efforts to improve the quality of and access to education across the country, inequalities between urban and rural areas exist. Consequently, if you are to teach in a school somewhere like Yuxi in Yunnan, you may find the standard of teaching, teaching materials and amenities are not up to the same standard as in places like Shanghai and Beijing.

China’s Education Reform of 1986 made public education in state schools from the age of 6 to 15 free. Those who wish to continue their studies into senior middle school must pay a small affordable fee. As such, this is the school type with by far the most enrolled students, and the one that will give you the best insight into the Chinese education system.

Chinese state schools follow a national curriculum that consists of Chinese language, Mathematics, English, Society, Nature, History, Science, Geography and Politics. The latter teaches students about Chinese laws and the nation’s socialist ideals. Sports are also taught, though considered a much less important part of a schoolchild’s day. The exact curriculum differs from province to province, and sometimes even city to city, but all schools generally follow the same subjects.

State school students attend school 5 days a week, from Monday to Friday. Times vary from school to school, though tend to be from around 07:30 or 08:00 until between 15:00 and 17:00. The school year runs to a similar schedule as the UK, starting in September and ending in June/July. Foreign teaches at state schools have a very comfortable schedule, with plenty of time off to explore during national holidays. Salaries are higher than Chinese staff, and certainly enough to live on no matter which city you’re teaching in, ranging from 6,000 – 16,000 RMB per month (depending on location). 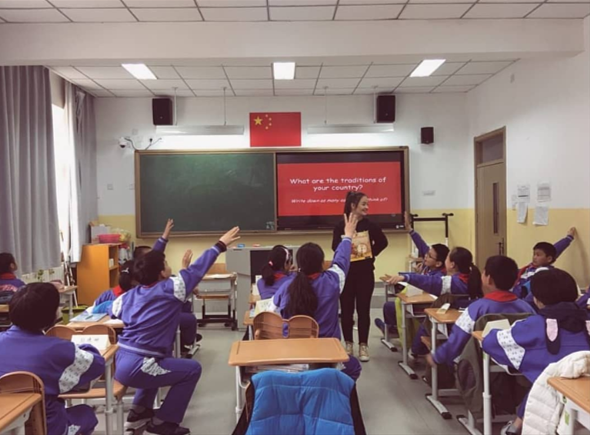 Private schools were a concept brought in by the government in an attempt to reduce national illiteracy rates. These schools are not subsidised by the government, meaning that parents must pay a tuition fee. These fees aren’t as high as those of International Schools (see below). Private education is on the rise in China, as parents seek the best quality education they can afford for their children. As such, private schools have grown hugely in number over the past decade.

Private schools follow a Chinese curriculum, as well as including some international modules. Foreign teachers at this school type don’t usually need to have any formal qualifications besides a bachelors degree and a TEFL, and pay is usually higher than that of state schools. In some cases, teachers will be expected to teach other subjects besides English, but this is usually negotiable.

The boom of the private education industry in China has led to many foreign and Chinese investors setting up schools. Under current law, foreign investors are unable to set up schools that students attend full-time, so instead many have established training centres, or private language institutions which are popular among parents looking to give their children quality extra-curricular education.

Such schools follow their own curriculum and give their teachers quite a bit of freedom to teach according to their skills and interests. Foreign teachers are usually hired to teach English only, while Chinese teachers may give classes in other subjects. Since these schools offer additional tuition, the schedule is very different to other schools; teachers usually work from say Wednesday to Sunday, from around 14:00 until 21:00. Holiday periods are the busiest for such schools, meaning you are instead given time off at other points in the year.

These schools offer excellent training opportunities, a great social environment and the chance to progress to other roles within the business, just like some of our former teachers have done. 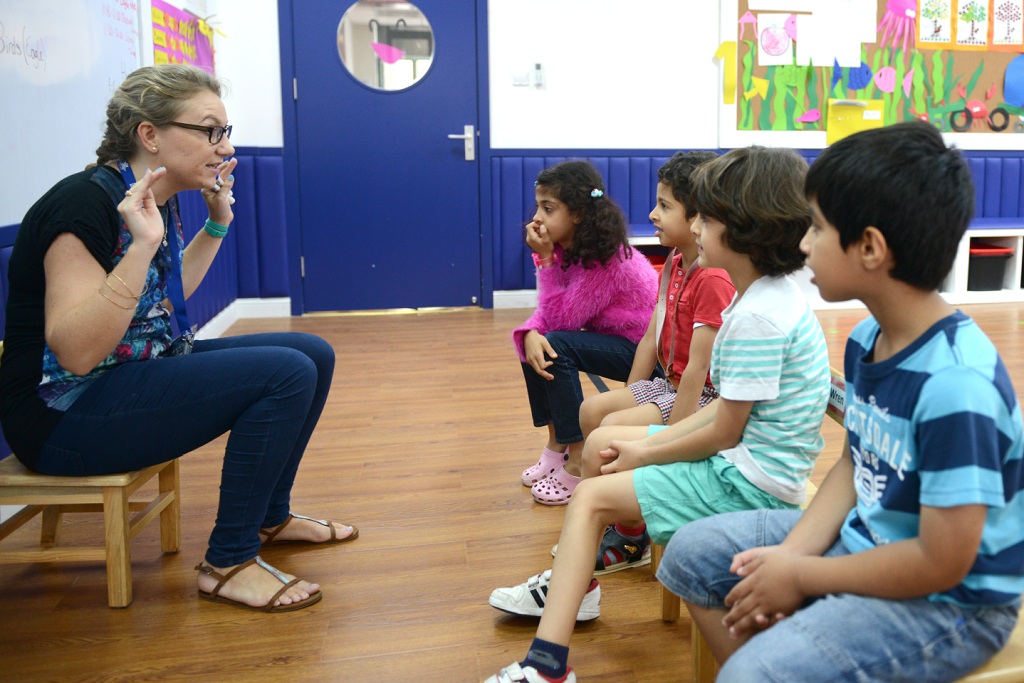 International schools have grown in popularity as China’s middle class has expanded. Big cities such as Beijing and Shanghai have a wide range of options for parents to choose from, meaning they can choose to learn according to the American, British, Korean (and more) education systems. Because of this, these schools tend to be a popular choice among expat families who have relocated to China, and they usually have an extremely diverse student population, with students from all over the world.

The primary teaching language will be that of the country’s curriculum it follows, something that many wealthy Chinese families appreciate. Of course, such education comes at quite a high price; tuition fees can be around (or more than) 18,000 CNY per month.

Given that these schools follow the curriculum of different countries, teachers are usually required to have or agree to work towards a formal teaching qualification – in other words, more than a TEFL. Therefore, these school types tend to suit already qualified teachers looking for a change of scenery, or young professionals looking to embark on an international teaching career. Of course, with higher qualifications comes a higher pay check, with some schools offering salaries of up to 30,000 RMB per month.

Though not compulsory, the competitive nature of China’s education system means that many parents enrol their students at kindergartens early on. So competitive is this, that it’s not uncommon for parents to put their name on a waiting list shortly after finding out they are pregnant. So popular are they, that in 2017, it was reported that there were 254,950 kindergartens with an enrolment of 46,001,393 students.

Since kindergartens are not state-mandated, but are extremely hard to get into, parents must pay large tuition fees. Today, it’s common for both parents to work, meaning that pre-school education establishments offer a welcome opportunity for children to be both educated and looked after.

Education in kindergartens tends to centre around playing games and developing basic skills that will prepare them to begin their primary education. With the rise of English as a foreign language, it’s common for parents to send their children to kindergartens where they can take classes and play games with a native English speaker hence a huge increase in the number of kindergarten jobs available to foreign teachers.

Higher education in China, as in other countries, is considered to be extremely important. Unlike in other countries though, what you study and how well you do play a vital role in determining the rest of your career. Sadly, the competition doesn’t end after the gaokao; once a student has got into a universities, they must work very hard to ensure they prove themselves and do the best they can to prepare them for the even more competitive job market.

Chinese universities offer 3 or 4 year-long bachelor’s programs, which many then top up with a Masters or PHD. So competitive is China’s job market, that it’s become almost expected that graduates will have a Masters degree. Students can choose from a range of degree courses that are similar to those you’ll find in western universities.

Universities charge an admission fee, though this is far more affordable than in places like the US and the UK. Foreign teachers working at Chinese universities will tend to focus on giving conversation classes rather than writing or comprehension based. Many often say they enjoy teaching at universities because they are able to really feel as though they are making a difference and can get to know their students a bit better.

No matter which school type you choose, you will have the chance to experience an interesting aspect of the Chinese education system. When choosing your placement, we strongly advise thinking about what you hope to gain from it, and where you would be happiest. If you need any advice, feel free to get in touch and one of our team will be happy to answer your questions!

Ready to get started? Apply now and let us know where you want to go! Or, if you’re unsure which school type is best for you, check out our guide to choosing your placement.